Skip to content
Home/Uncategorized/All About Amethyst, the February Birthstone
Previous Next

All About Amethyst, the February Birthstone 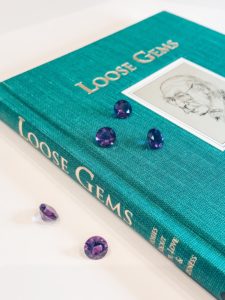 February’s birthstone is Amethyst, a light lavender to vivid purple stone in the quartz family. Amethyst was long-considered one of the most valuable gemstones, along with diamond, sapphire, ruby and emerald, until large deposits were discovered in Brazil in the 19th century, happily making this lovely gem more widely available to everyone.

Amethyst’s name derives from the Greek amethystos, which roughly translates to “not drunken.” The stone is reputed to keep the wearer clearheaded and quick-witted, and used as a remedy against drunkenness. Goblets were carved out of the stone, in an effort to protect the user. Amethyst, with its reputation to provide clarity and sobriety, was also known as “the bishop’s stone,” and traditionally has been set in rings of high-ranking church officials. Medieval European soldiers wore amulets in battle to protect and heal. Today the stone is prized by jewelry wearers for its color and versatility, and by rock hounds for its striking crystal structure. 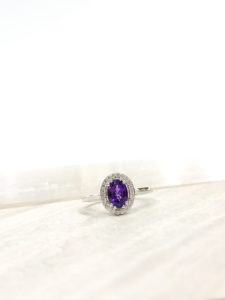 Amethyst rates a 7 on the Mohs scale of hardness, and is appropriate for wear in rings and other jewelry. Amethyst is often heat treated to deepen its hue permanently. While your amethyst jewelry should be sturdy enough to be gently cleaned at home by using a diluted, lukewarm soak of mild dish soap and a very soft brush, it is always a good idea to have your friendly neighborhood jeweler care for and clean your fine pieces.

Johnson Jewelers carries an array of amethyst jewelry, in a variety of styles and price points, from casual and fashion-forward, to elegant and fine.  All of the jewelry pictured in this post are available for sale. 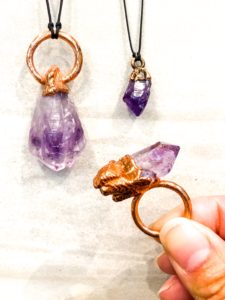 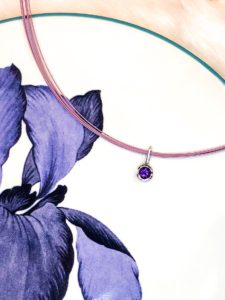 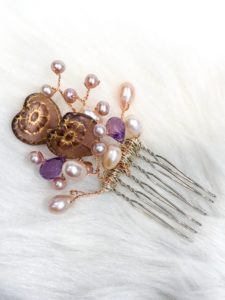